Do you ask yourself “Why do I have to train…again?”  After you have all the initial ratings you planned and you finally have that job you have worked so hard to get; why do you have to continually have to train?  Does training really matter? 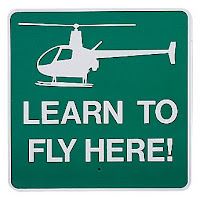 If you are a flight instructor in aircraft or simulators, do you ask yourself “Am I making a difference?”  Is this just a job, a stepping stone, or is it truly accomplishing something important?
A primary instructor will shape the way the students will perform throughout their flight career.  A student will tend to imitate his or her instructor. Students will not remember everything, but they will remember how the instructor responded to events and critical situations. Quite often techniques shown by the instructor will be remembered and repeated by the student.  It is a critical responsibility for the instructor to uphold the correct standard in demonstrating maneuvers and teaching technique.  Short cuts may lead to a habit that is hard to break later on and negative learning can easily occur if the flight instructor does not maintain standard procedures and protocols.  Normally, instructors lose track of students after training is completed so it is difficult to realize the positive effects of the training in the long term.

In a similar manner, advanced instructors in aircraft or simulators provide the catalyst that brings the knowledge, experience and procedures together in a package that reminds pilots of what needs to be done in the every day flight and in those situations where nothing goes as planned.   These instructors also have a duty to maintain the standards.  They also have an opportunity to recognize lapses in proficiency and disruptive habits.  Often advanced training focuses on a new aircraft or new technology, but where the big difference comes is reviewing the basics that are not repeated on a daily basis.  By nature we are a VFR industry, so instrument procedures are not routinely practiced except in a training situation.  Emergency procedures such as tail rotor failure are best practiced in a simulator. 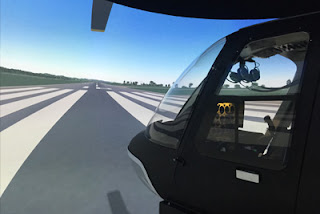 Last week, I received a call from a pilot who said “Your training just saved 2 lives.”  He proceeded to tell the story of how he and another pilot were ferrying an aircraft across country.  They had some delays in starting the trip and felt compelled to push the timeline as much as possible.  When getting close to their destination, they encountered unforecasted IMC.  Visibility quickly dropped to zero.  They made the decision to declare an emergency and get vectors to a nearby airport.
That sounds routine to most of us, so why was this special?  He continued to describe his event with complete honesty.  He said “I know if I had not just completed Inadvertent IMC training in the simulator, I would have made another decision.”  He admitted to fatigue and a desire to get home as a factor.  He realized he may have made some poor decisions in pushing the timeline, but when faced with a bad situation, he reverted to his training.  He talked about his experience in the simulator as being a reminder that his instrument skills degrade without practice.  He referred to a CRM module that reinforced decision making and situational awareness.  He and his copilot found themselves in a situation where egos and a desire to complete the mission were not going to work. 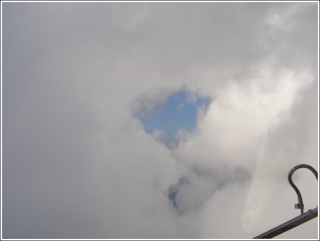 In another incident a pilot told me of a mechanical failure he had during a routine flight.  The emergency procedure called for “land as soon as possible”.  The incident was in a very influential neighborhood that was not helicopter friendly.  The residents did not like helicopters or noise.  Pilots had been instructed by their supervisors to avoid the area whenever possible and their careers could depend on keeping those residents from noticing any flight activity.   So his dilemma was a critical decision between following procedure or following protocol.  He told me that because of his training he knew what could occur if he did not follow procedure.  He remembered the consequences of not following a procedure during a training session in a simulator.  He was trained not to repeat the mistake.  The emergency landing in a country club was uneventful except for paperwork and some political explanations.
All of us can remember if we choose to admit it, that we made decisions in flight as a result of our training.  If you think back to your own training, you can remember your instructor’s voice repeating instructions over and over.  You can remember acronyms and procedures your instructor shared with you.  The procedures and discipline taught by those instructors stays with you.  Sometimes the memory only comes out when circumstances are repeated.  That déjà vu sensation reminds you to fly as you trained.  Each time this happens the training received is making a difference in the outcome.


In the several decades, I have been providing training, only a handful of pilots have come back and admitted that they recognized that training had been critical to their survival.  In most cases, instructors will not know how often the training they provided makes a critical difference in the outcome of the flight.  An NTSB Board member once told me that you never know how many accidents you prevented or lives you saved, but rest assured, YOU ARE MAKING A DIFFERENCE. 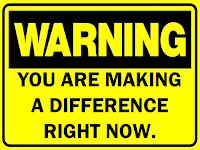 Posted by RotorSafety at 11:36 AM No comments:

RotorSafety
United States
This blog is intended to discuss the latest information affecting helicopter safety and training with an emphasis on training. Training is the key for all types of helicopter operations from the obvious learning to fly to the experienced pilot refreshing his/her perishable skills.